Koud is the Dutch word for cold.

A couple of days late, but I did take these pictures on the only actual day that we’ve had snow this winter yet. Snow isn’t that common in the Netherlands, and somehow, most of the Netherlands had been dealing with snow for the whole weekend, but we finally got some real snow on Monday. Win! On my way to work, there wasn’t that much yet, but on my way back, I was able to take these lovely pictures!

In the morning, some snow and quite a lot of slippery paths: 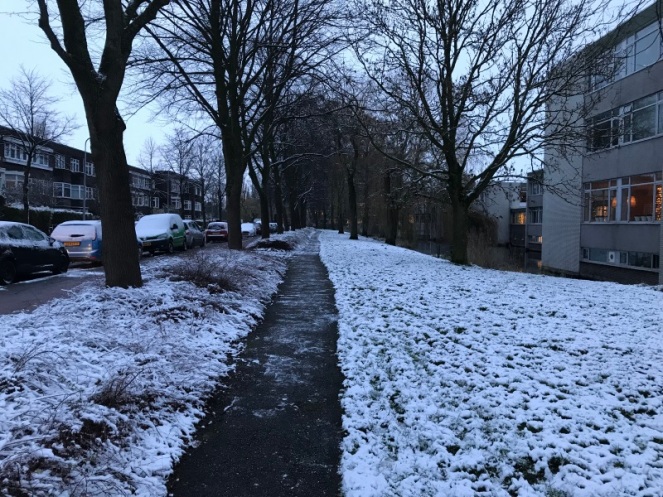 And the pond in front of my office, looked so pretty! 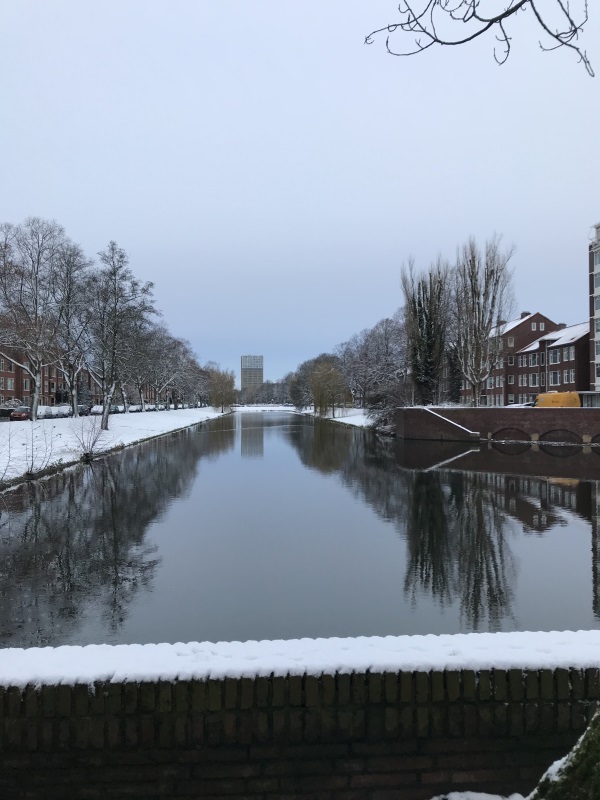 On my way back, there was a lot more snow! 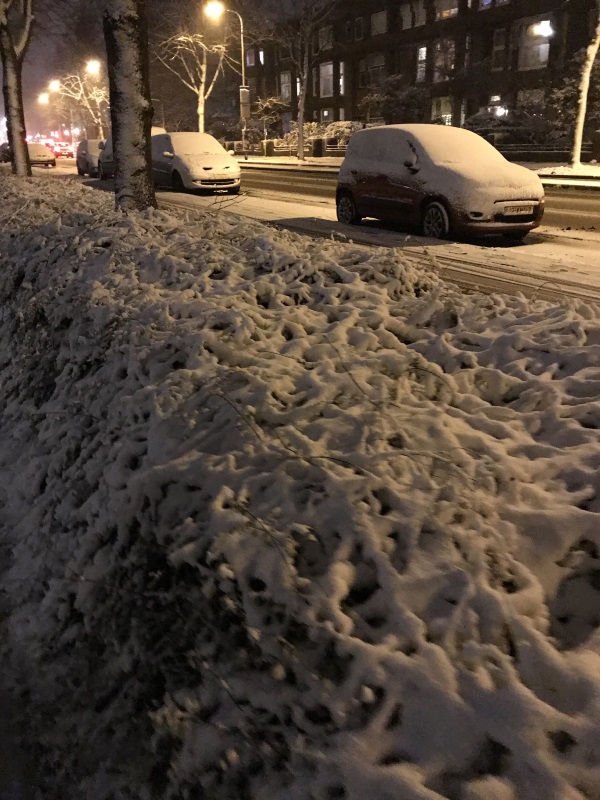 People cycling through the snow. We’re Dutch, this is normal!

But the most interesting thing I saw was that this building, which was originally built to be a 3D theatre, but that kind of failed. It’s now a bar, but they turned it into (supposedly) the biggest Christmas Tree ornament in the world.

I also have a video, but you’ll have to watch that on Instagram:

A few notes about me:

- I don't follow a restriction diet, I eat whatever I want, just in healthy portions
- I don't do gluten-free, fat-free, or anything else free (apart from maybe drama-free), so my recipes and foods reflect that
- I'm not a vegetarian or a vegan
- My recipes can be adapted to most diets
- I do struggle with mental illness and this is reflected in my Bullet Journal
- I am very planner focused, so that I control my mental illness instead of the other way around

I am also part of the Bloglovin' network, and you can subscribe to my blog here.